The Shogetsudo Koryu School was founded by a Buddhist priest,  Ichiro Zeshinken, 250 years ago. He drew on principles expounded by the Japanese philosopher Eison Shogetsudo (AD 1201). These principles include the Japanese Buddhist five elements concept (earth, water, fire, wind and void) and the concept of Yo (positive) and In (negative), which expresses the interdependence of apparent dualities, like night and day, dark and light. 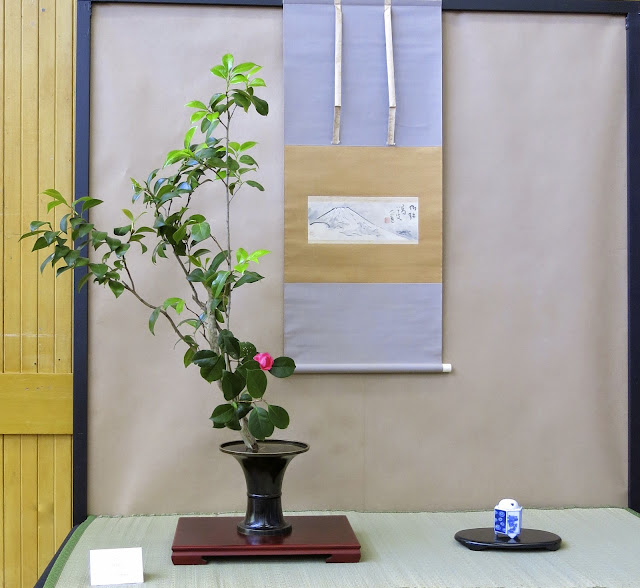 Mr Uematsu created this Seika with camellia branches and a single flower in an improvised tokonoma during the demonstration. 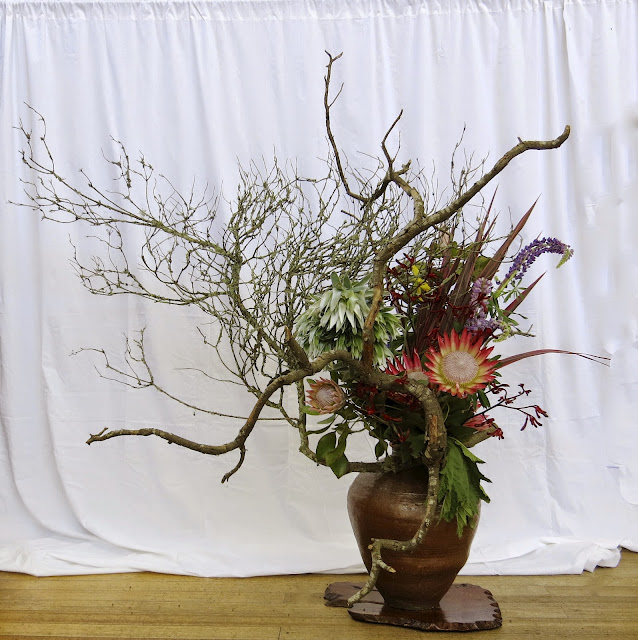 The large freestyle arrangement above was made in a beautiful old Shigaraki tea storage vessel. The following three works were made by members of the Melbourne Shogetsudo Koryu School. 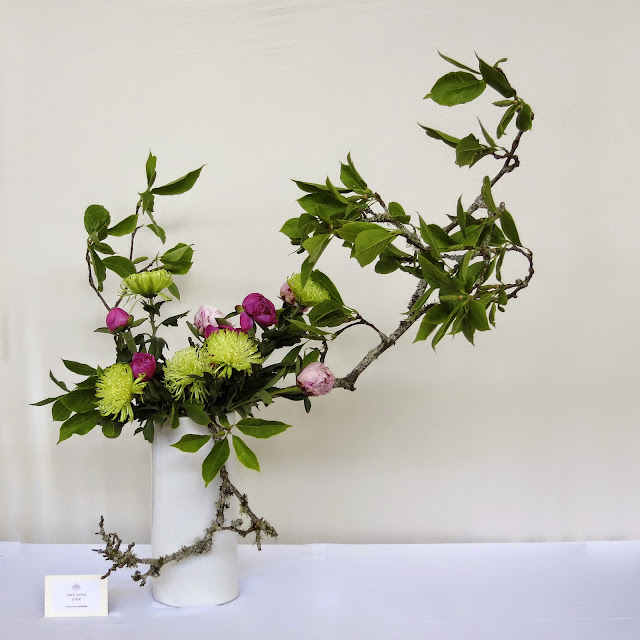 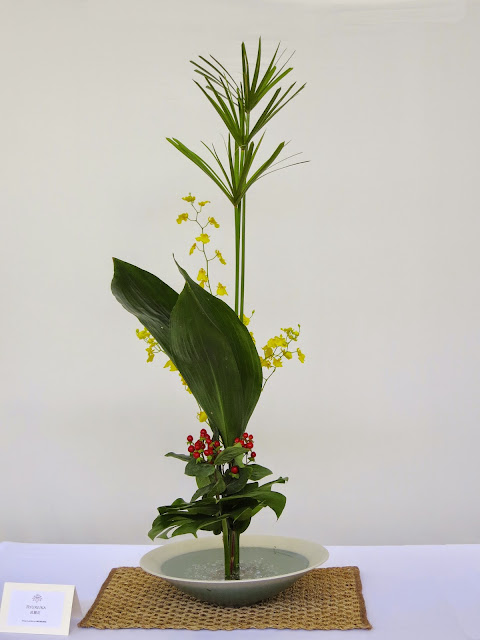 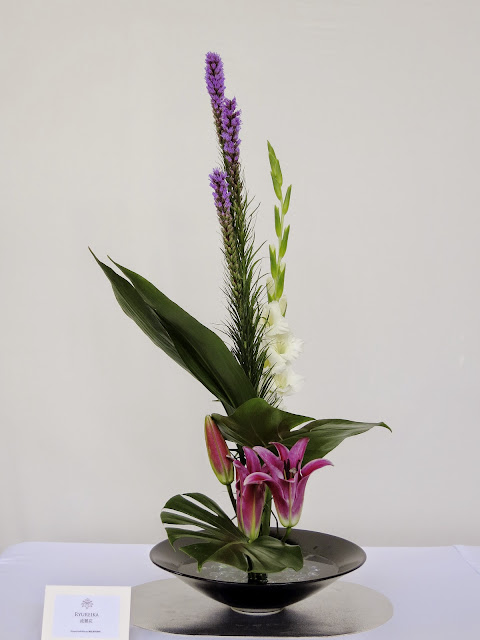 Posted by ikebana International Melbourne at 03:10